The Observatory Sezimovo Usti was founded in 1964 by Mr. Frantisek Pesta who was the leader of the astronomical circle in Sezimovo Usti. Mr. Pesta worked in Zakarpatska Rus from 1927 to 1939, and then he moved to Tabor.
The main scope of the observatory is the popularization of astronomy (lectures, chats, courses and observation for public). Since 1982 the sun activity observation has been taking place, and results have been being sent to Brussels, to Norway and to the other astronomical institutes. Results of all observations are available on the observatory web as well.
Since 1999 an association of amateur astronomers has been looking after the observatory. In 2002 the junior astronomical circle was founded, the observatory was equipped with new instruments and the building was partially reconstructed.
Results of Pesta’s studies of the mass meteoric fall close to Strkov are exposed in the observatory. 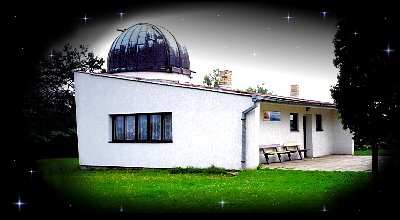